He lālā wau no ke kumu. Elevate the place-based expertise in genealogical and lineal descendants. 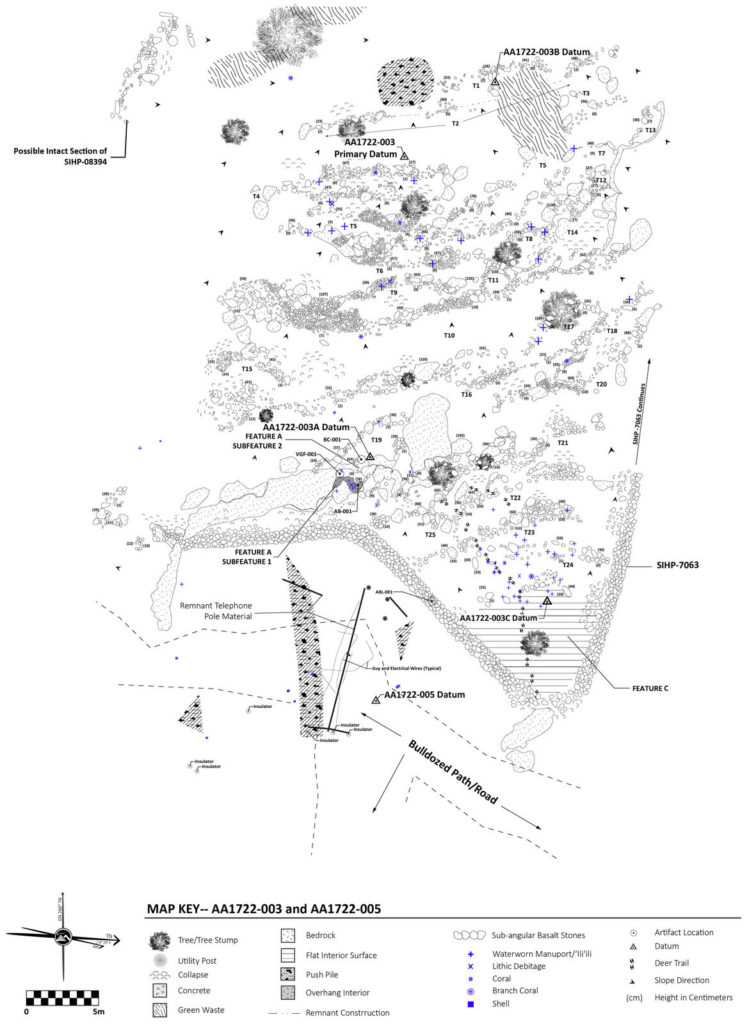 In this traditional agricultural complex, we can see the living spaces toward the top and as you go downslope, the spaces contour the downslope areas. This is somewhat unique to Mākena region and an adaptation and application of generational knowledge of not just space topography, but water resources and drainage availability. 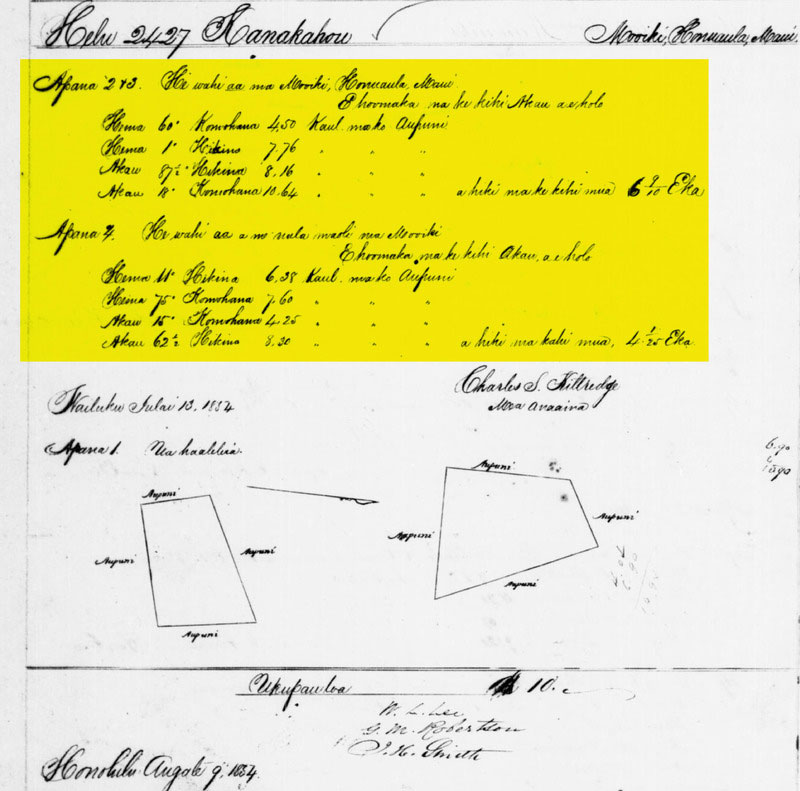 This particular Māhele kuleana award has specific claims for wahi ʻaʻā – land covered in ʻaʻā lava. In any other place by any other people, this may be seen as infertile land, but our kūpuna knew how to utilize these spaces so it can be productive for agricultural purposes. We see ʻĀpana 4 claiming ʻaʻā and ʻuala maoli (native Hawaiian sweet potato) being cultivated in these ʻaʻā spaces. 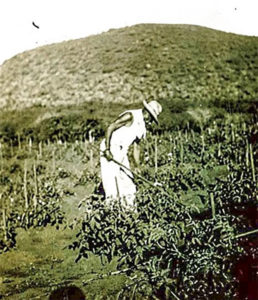 Kauwekane, an original descendant of Honuaʻula, is shown cultivating tomatoes. Our kūpuna not only cultivated traditional food and resources but those that were introduced as well in order to make these spaces livable and abundant.

There have been well over 50 archaeological studies completed with Mākena. By teaching the extensive history of this ʻāina, including agriculture, fishing, and ceremonial traditions, the impact of Western trade, commercial agriculture, and Christianity, we are better equipped to understand the historic sites and resources we find in this landscape. 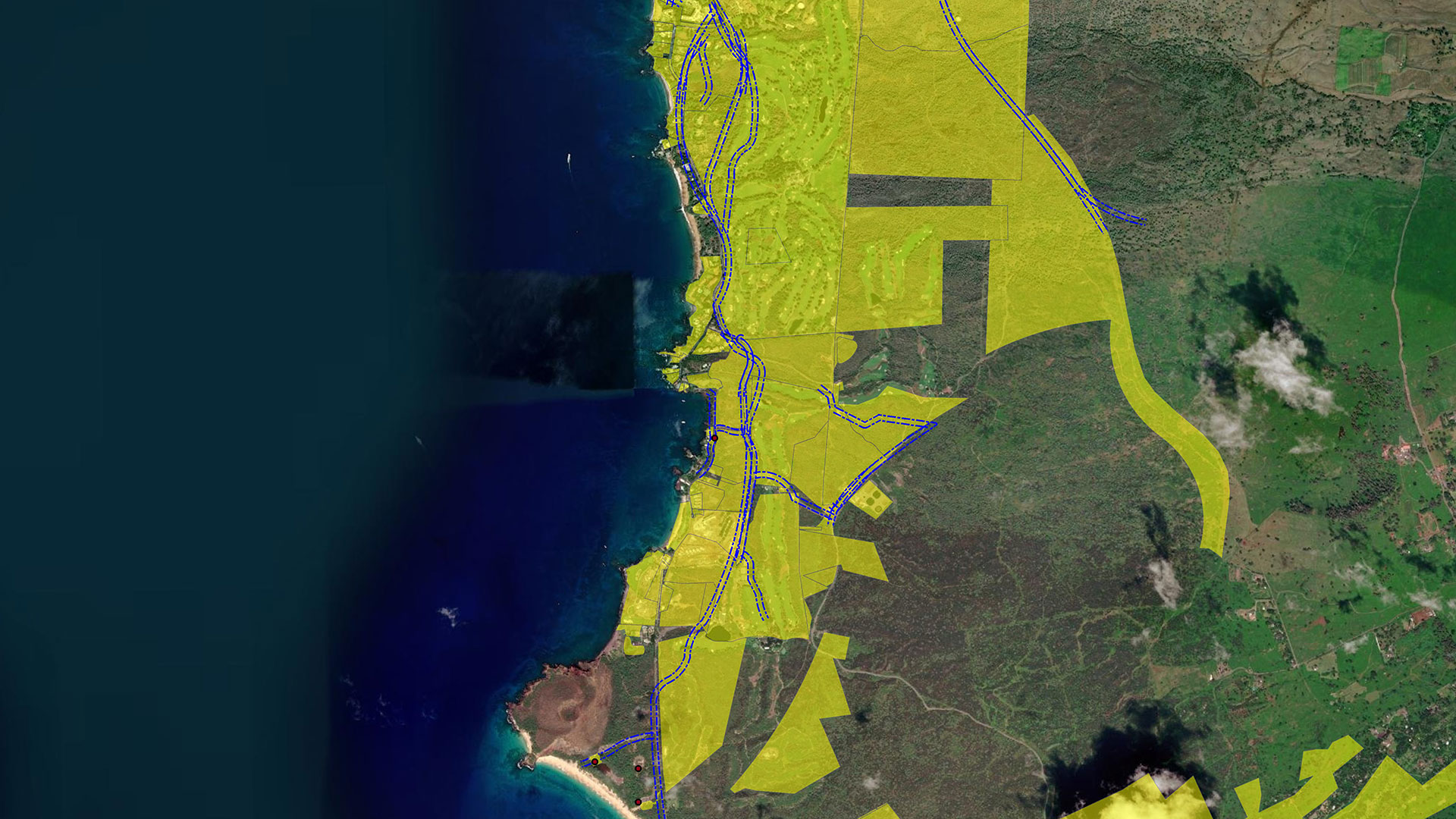 Information from Archaeological Inventory Surveys, the voices of our kūpuna and documents from the Māhele help us to further understand the agricultural practices and landscape of the area. 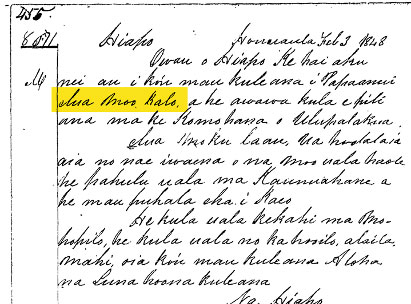 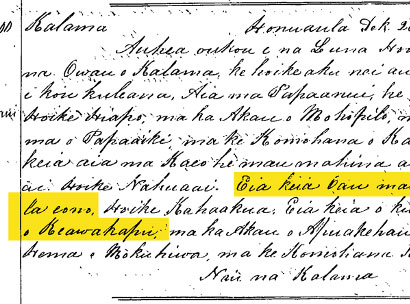 These documents show clear claims for kalo in certain regions and six pieces of land in Keawakapu, which is now occupied by Keawalaʻi Church. Older place names like Keawakapu are discovered in countless Māhele documents.

Information from Archaeological Inventory Surveys, the voices of our kūpuna and documents from the Māhele help us to further understand the agricultural practices and landscape of the area. 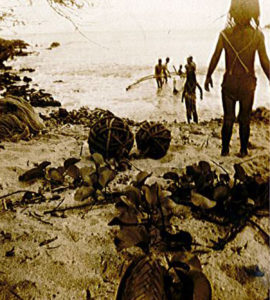 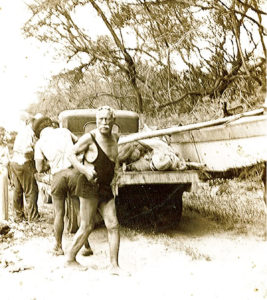 By looking at the Māhele documents and overlays as well as the cultural landscape of Honuaʻula, we can see that the fishery of Molokini belongs to Pāpaʻanui. There is connectivity not simply up to the shoreline but across the channel to Molokini and extending to Kahoʻolawe. It is vital to pull together all resources, not just the lands that we know as Mākena, but those cross-connections.

Ceremony and Tradition - Heiau and Koʻa 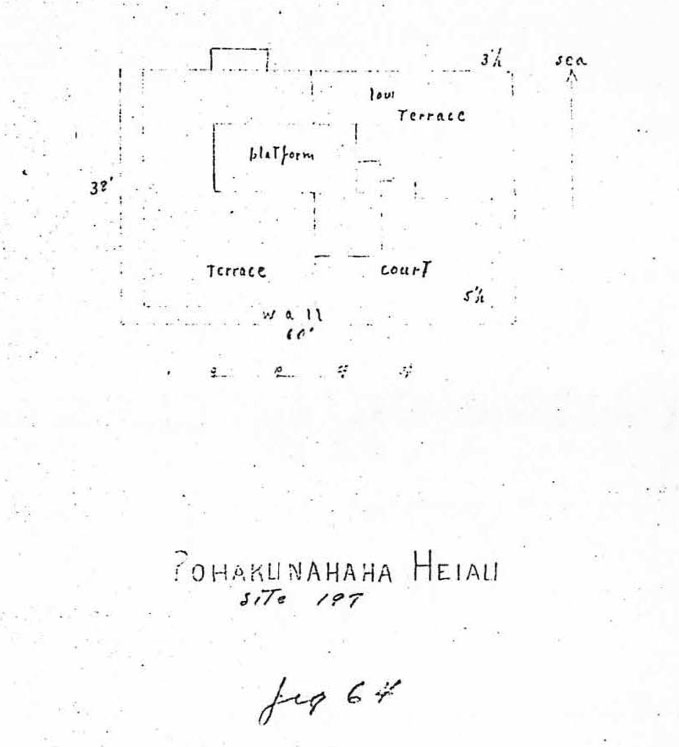 Pōhakunāhāhā Heiau is located just on the Wailea side of Pāpaʻanui Ridge. It’s near the base of a ridgeline, which is unusual for most heiau. There is some thought that the positioning of this heiau and Kalani Heiau across from the church could also be ahupuaʻa regional markers and boundaries. These would help us to understand our traditional political and religious ceremony boundaries in Honuaʻula.

The Arrival of Western Vessels and 19th Century Cultural Change

The arrival of Western vessels influenced tremendous cultural change along the Honuaʻula shoreline and mauka areas, yet our kūpuna kānaka maintained active participation in these changes. 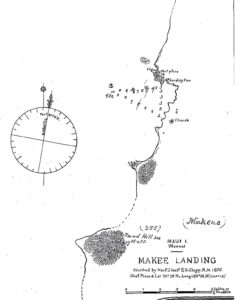 Traditional agriculture became commercialized to build an industrial economy. The development of Makee Landing was a movement from the Hawaiian government landing at ʻĀpuakēhau, which eventually became a centralized landing now known as Mākena Landing.

Commercial vegetable growing in the Mākena region included the Irish Potato Trade. Māhele ʻĀina documents show claims for ʻuala kahiki (or ʻuala haole), which was the Hawaiian name for the Irish potato. Kānaka either participated directly in the trade themselves or under larger landowners such as L.L. Torbert.

From the end of the 19th century and well into the 20th century, ranching grew a strong presence in Honuaʻula. While ranching is an introduced cultural activity, it would secure a unique space within the Hawaiian framework and introduce the Hawaiian cowboy, also known as paniolo. Paniolo rode horses differently, they integrated familiar Hawaiian practices such as weaving their own materials, lei making, and leather printing. 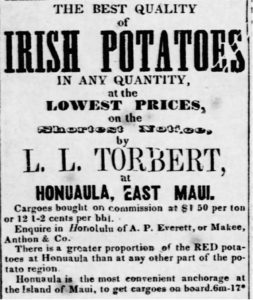 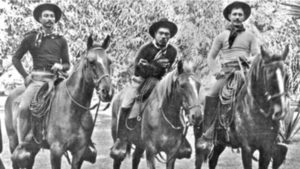 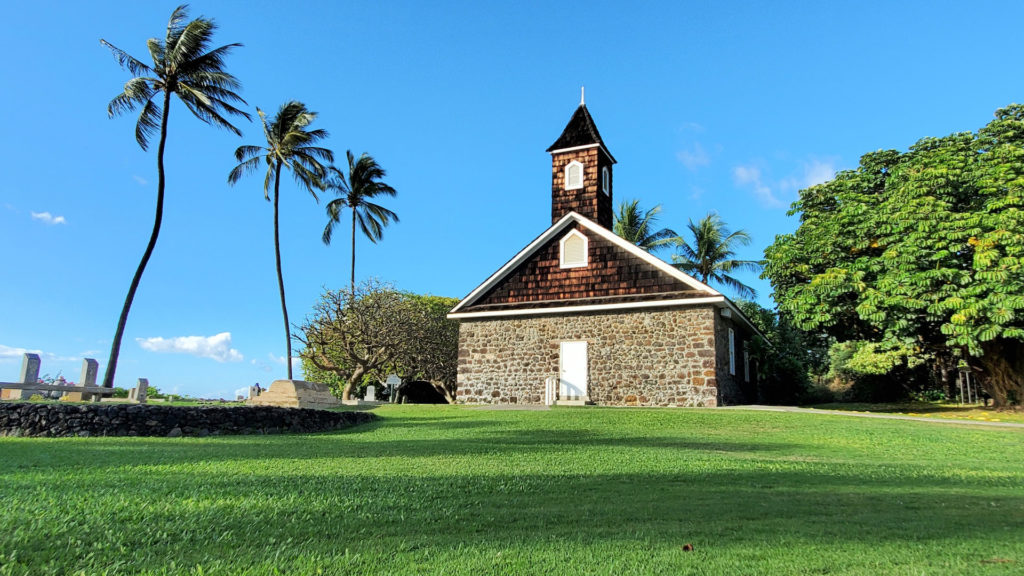 Christianity would play a massive role in community gathering and cohesiveness in the Honuaʻula region. Tūtū Haehae Kukahiko recorded the following moʻolelo of Honuaʻula Church which would become Keawakapu and later Keawalaʻi Church. 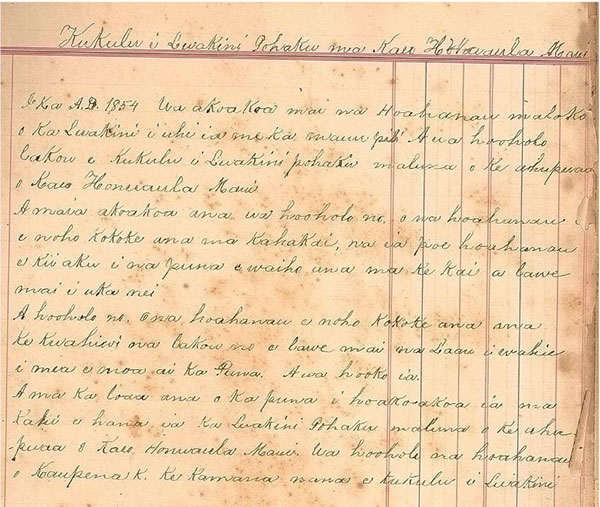 In 1854, members of Honuaʻula church gathered at their pili grass church and decided to build a church out of stone instead. Members who lived near the ocean brought coral to use as plaster and members from the mauka regions brought wood to heat the coral to make lime for mortar. Kaupena, a carpenter, was the man designated to build the church.

“Growing up in the late 70s and 80s, I would visit my grandma, who was a pillar of the church. Keawalaʻi was the only place where I hear conversational Hawaiian language. With this, the church became a puʻuhonua within Mākena, but also a kīpuka of ʻŌlelo Hawaiʻi at a time when hearing the language was not common. The church was the one place we could learn mele in Hawaiian with the hymns, or Nā Hīmeni. It is the secret spaces like this that become sacred for the people of Honuaʻula.” – Tanya Lee-Greig

Historic Representation in the Landscape

These different eras are represented and found in the several hundred historic properties and archaeological sites and features in the current modern landscape. Some sites and features are preserved in various aspects and some were not preserved. All that is recorded helps to tell the story of this moku. 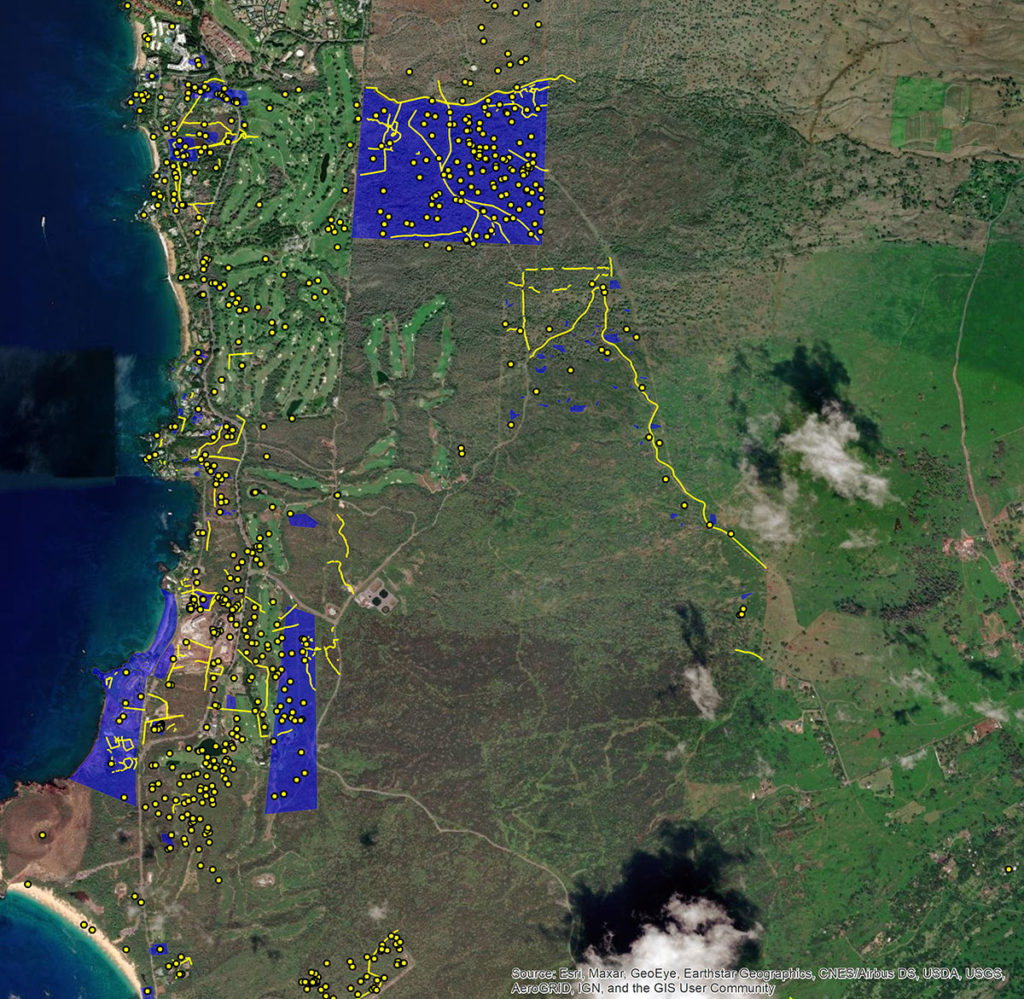 Restore Pilina Through Practices of Care

Archaeological Preservation Plans (APP) outline how best to maintain the historic sites and properties that have a preservation mandate. APPs are public documents kept with the State Historic Preservation Division (SHPD). These plans equip us with a way to restore connectivity between these wahi pana and the ʻohana of the region and those who are protective of these spaces. 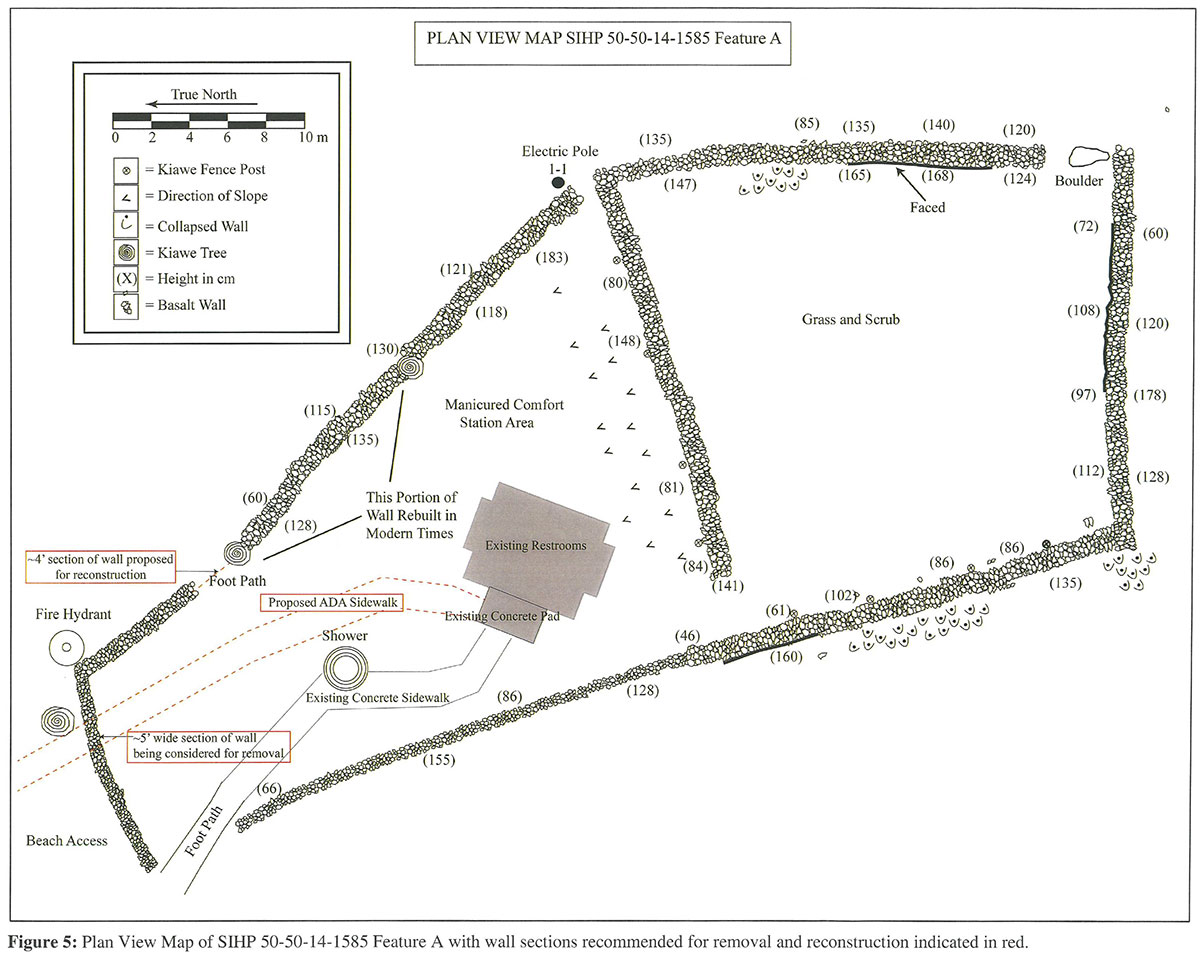 There used to be two cow pens related to the ranching and paniolo life near the Mākena Landing Park. One pen was for branding and the other for holding cows. Today, the area is no longer being used for cattle, but there is an existing restroom and concrete sidewalk that goes through the stone wall. The footpaths lead to the beach and to Keoneʻōʻio Road.

The permanent measures written in the Archaeological Preservation Plan are:

Through Kīpaipai, we can document the visual and physical impacts that this historic site endures, and present additional preservation recommendations to the landowner. The space also presents an opportunity for citizen archaeologists and community members to monitor the preservation of the site over time.

Foster Partnerships to Ensure the Longevity and Success of Kīpaipai

Through collaboration and partnership with other entities in the Honuaʻula region, we can build cohesive, consistent, and representative care for our wahi kūpuna and historic resources. Partnerships could include other landowners, homeowners’ associations, parks, public-private partnerships, and more.